“Being single doesn’t mean you are lonely. incapable or unlovable. It simply means, you are enough to fulfil your desires or strong enough to wait for the right person, to share your happiness.

MARRIAGE FROM A SOCIAL PERSPECTIVE

Are you an Indian? Ahhh! You are bound to do certain things in your life or else you cannot be termed as “Sanskari”. For instance, choosing science as your stream, doing a 9-5 job, obey elders no matter what they say, and obviously, get married and become parents in your early 20s. Or else, “Rishte nahi aenge” ya “Aage jakar dikkat hojaegi“.

As soon as you turn 25, be ready to get unwelcomed “rishtas” until you marry someone.

Overlooked pre-existing norms for marriage? You are entitled to never-ending criticisms and scrutinization by society.

Dare to escape the institution of marriage? There’s something physically or mentally wrong with you!

Being a woman, found with a male friend? Characterless!

But Hey! They are only your Shubh-chintaks, who care for you. (irrespective of what you want in life).

In India, you have to have a partner to be able to live happily. Moreover, you must tie the knot with someone by your mid-20s, or else you won’t find a suitable match.

MARRIAGE FROM A PSYCHOLOGIST’S PERSPECTIVE: PODCAST-1

To understand if marrying should be a choice or a compulsion and what factors should be kept in mind when planning to get married, tune in to the podcast wherein a Counselling Psychologist, Ms. Swatee Sadana has thrown some light on the topic.

#ChooseToChallenge: WOMEN AGAINST THE MARITAL NORMS

Although in Indian society, both sexes are obliged to get married, the pressure for the same is usually more for women. Women start getting pressurised in their early 20s, whilst the men counterpart usually witnesses pressure around the age of 30.

This year’s women’s day theme was #ChooseToChallenge. The theme inspired women to challenge societal norms, unjust practices, deprivation of their rights, and much more.

To understand what an unmarried woman of 25 and above goes through and what she feels about marriage, here are the responses from 6 such women who have truly chosen to challenge the marital norms of our society.

MARRIAGE FROM A LEGAL ASPECT

The current minimum age for marriage of men and women is 21 and 18 respectively, as per the Child Marriage Restraint Act. Even though 18 or 21 is just the minimum age in order to prevent child marriages, a man or woman isn’t financially and responsibly prepared to bear the expenses of a family. A more problematic aspect is the difference in age for both the sexes.

Well, whenever I tried to question it, here are the responses I received: “Women tend to get mature well before men so they are prepared for it“, “The fertility in women tends to deteriorate faster than men, so women should marry early.” So now, I’m assuming that men in the United States are “more mature and less fertile” than those in India. (Because the minimum age for marriage in the US is 18 for both the sexes.)

On a serious note,

By the age of 18, a woman hardly completes her higher education. Whilst at 21, a man still completes his Graduation. So is it expected that a woman must be younger than her man to make a marriage successful? Oh yeah! If she is equal to or older than her man, how could she be deprived of her rights? If she completes her higher education and becomes financially independent, she may be sensible enough to smash the patriarchal norms within the families. Isn’t it? I suppose so.

“Women empowerment cannot happen unless the laws allow it.”

MARRIAGE FROM A GYNAECOLOGICAL PERSPECTIVE: PODCAST-2

In India and in fact, in most parts of the world, the concept of marriage is linked with “family planning”. An individual is termed incomplete and a family means “heterosexual couple with kids“. A woman is expected to conceive a child soon after her marriage or else it would be “too later for her”. So, In order to understand some facts about women’s fertility and the ideal age to conceive, tune in to hear what Dr. Aakriti Gupta, a fertility specialist tells.

By now we’ve talked about marriage from 5 different aspects: Social, Psychological, Women’s, Legal, and Gynaecological. So what exactly is the right age to marry someone? Is it 18 or is it 21? or 25?

To know this, you must know what marriage is. Marriage is a union between two people who choose to share their lives with each other and commit to being loyal to one another with the hope that it lasts happily forever.

So, ideally, you should marry when you are prepared to share your life with another person, are physically and mentally prepared to handle the responsibilities, and feel the need for a partner in your life. If you don’t, you shouldn’t marry! As simple as that!

Don’t let anybody else make you feel that if you are alone, you are lonely, or that your life cannot be complete without marrying, or that you are growing too old to get married. Finally, the age for conceiving shouldn’t affect your decision to marry. Just because it may be difficult to conceive after the age of 30, you shouldn’t force yourself into a marriage. There are multiple options available to help you with that. And the best option, “Adoption” is always available to women and couples who wish to change someone’s life positively.

It is better to be single or marry as per your will and be happy, than to marry early and be unhappy for rest of your life.

What are your thoughts on marriage? Do share in the comments below. 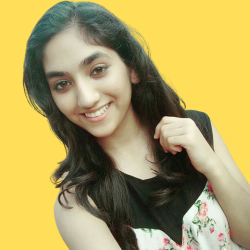 Aastha Kochar
Founder and Editor at Not So Complicated
A freelance content writer & consultant, SMM and entrepreneur who loves exploring different fields and spreading her knowledge.