Manga, Manhwa, and Manhua are all comics. The only difference is their countries of origin. Manga is from Japan, Manhwa is from South Korea, and Manhua is from China. If you enjoy one art form, you are more than likely to enjoy them all.

If you are a manga freak and want to enjoy its Korean counterpart, below are some of the best Manhwa to read in your free time.

A Noble – Cadis Etrama Di Raizel awakens from his slumber of 820 years to find that the world has changed. The land he once knew has become technologically advanced beyond his comprehension. He locates his loyal servant Frankenstein, who is now a high school principal and enrolls in the school to learn more about the world.

His interactions with fellow students and his inability to comprehend modern technology are just hilarious. His first outstanding achievement came after almost 50 chapters when he finally managed to open a modern door.

But his peaceful days at school are interrupted when unresolved conflicts from his troubled past catch up to him. To protect his new friends, he must use his mysterious power.

The title of the series comes from a French expression, Noblesse oblige, which means that nobility extends beyond entitlement and people with status must fulfill social responsibilities. Our main character, Raizel, illustrates this concept well.

Noblesse has an anime adaptation, and while there is a possibility of Noblesse season 2, we wouldn’t count on it. We would recommend you read the Noblesse Manhwa.

One day a portal appeared that connected the real world to dungeons. Soon after, ordinary people started receiving extraordinary powers to hunt the monsters that emerged from the dungeons. These people are called ‘Hunters.’

But not all hunters received equal power. Sung Jin-Woo is an E-Rank hunter also given the epithet of ‘The weakest hunter.’

During a raid in a mysterious dungeon, everyone in his team got annihilated. At the brink of his death, a strange screen appeared before him as if he were in a game. As he accepts the screen’s message, he receives a peculiar power. And the journey begins, the journey from the weakest to the strongest hunter.

The Manhwa was all the rage in 2020-21. Everyone had a Solo Leveling wallpaper. If you are still skeptical, just read Solo Leveling chapter 1. The art is stunning and gets even better later on.

One of the most underrated Manhwas, The Breaker, follows the story of Shi Woon, who is a constant target for school bullies. But his life takes a turn when he meets his new homeroom teacher, Han Chun woo, a martial arts master.

While the trope of a weak bullied protagonist and a superstrong mentor training him is an overused trope in the industry, the story of The Breaker is not so simple.

The art in the Manhwa is simply breathtaking. It is one of the best martial arts Manhwa out there. There is also a second season of the series – The Breaker New Waves, which many consider being even better than season one.

There is a tower that summons people. What do you desire? Money & wealth? Honor & pride? Authority & power? Revenge? Or something that transcends all of these? Whatever you desire is here.

You know, when a story starts like this, it will be epic.

Bam lives alone in a dark and gloomy cave, but one day, a girl named Rachel came into his life, becoming his light. She taught Bam everything as they became close friends over time. But she had to leave his side because she wanted to climb the tower to achieve her dreams.

Bam chases after her. He opened the gates of the tower without being chosen. They call his kind Irregulars, beings that shake the very foundation of the tower.

Like Noblesse, there is no confirmation of a Tower of God season 2.

Considered by some to be the best Manhwa in the thriller genre, Bastard is a story about a schoolboy named Jin Seon. His father is a serial killer, and he has been raised and manipulated from a young age to be an accomplice to his father’s cruel deeds.

One day as Jin is getting bullied by his school mate a girl, Kyun, saves him. She became his first friend. Before long, Jin’s father develops an interest in Kyun and wants to make her his next victim. And so, the battle begins between a serial killer and his accomplice.

Bastard is a story with some of the most well-developed characters. Plus, it’s the shortest Manhwa on this list, and you can binge-read it on the weekend.

This is it, folks. These are some of the best Manhwa to read if you are just starting your journey. If you are looking for more recommendations, we shall be your Manhwa Man.

Where can I read these stories?

- You can read Tower of God and Noblesse at WEBTOON. - Bastard only has ten chapters at WEBTOON. For the rest, the website requires you to download its app. - Solo Leveling at Tappytoon. - The Breaker is not available on a legitimate website, so you’ll have to just google and click on whatever pops up. 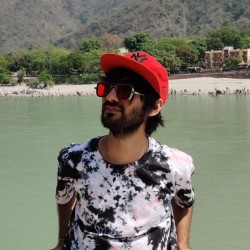